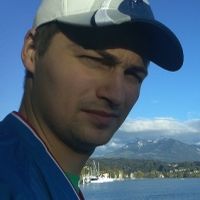 Filip is a founder and maintainer of several popular open source projects, author and a Microsoft Quantum MVP. He specializes in language tools, the Roslyn compiler and quantum computing. Filip is based in Zürich where he works in a medical industry. You can follow him on Twitter @filip_woj.

The Bizarre Quantum World with Q# and Azure Quantum

Richard Feynman once famously said, "I think I can safely say that nobody understands quantum mechanics." Today, most of the artefacts of what we consider to be a technologically advanced civilisation only exist thanks to quantum mechanics. Yet, its strangeness is both inexplicable and inescapable. Things can be in many states at once (superposition), objects can instantaneously affect each other or we can even teleport their state (entanglement), objects can behave as both particles and waves (wave-particle duality) and probabilities appear to be built into the very fabric of reality. In this talk, we will explore these bizarre concepts of quantum mechanics using quantum programs authored in Q# and a computation theory fundamentally different from what we know from regular computers.